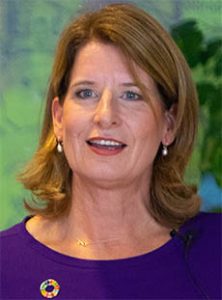 My maxim: ‘Be the change you wish to see in the world’ – Gandhi

Esther Hofstede is an experienced senior consultant and speaker on Corporate Community Involvement, Employee Volunteer Programs and CSR. She is also the Dutch representative (Regional Voice Lead) of Impact2030; a worldwide collaboration of enterprises focused on the mobilisation of employee-volunteers to realise global goals (SDGs).

Since the launch of the Alianza consultancy bureau in 2003, Esther has centred on developing business, social and Employee Volunteer Programs to link up people at work or who are active in these schemes. Esther is convinced that by creating useful meetings, people can have a ‘transformational experience’ and will start working together on a better world. And that works! 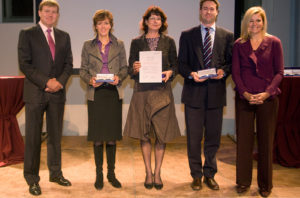 One good example is the ‘Samen voor’ (‘Together for’) formula. Esther established this formula and set up most Samen voor locations in the Netherlands by working closely with local councils and local Rabobank locations. Every day Esther is involved in Eindhoven as the founder and executive director; an ideal way to translate new developments from the practice into training, workshops and advice.

Samen voor has been going now for ten years and the formula has been incorporated as a nationwide organisation. The Oranje Fonds chose Samen voor as one of the best local initiatives in the field of social cohesion.

Social Matchmaking Dinner
Tasked by DLL in combination with Eindhoven local council, Esther organised ‘the social dinner’. This was a vibrant and much talked-about event in which companies, social organisations, schools and the local council came together to give the quality of social life in Eindhoven a real boost. Money was off the agenda; this was about Pro Bono knowledge, Employee Volunteering, access to networks, materials and facilities. Indeed, one large ‘dating opportunity’ for social organisations and local businesses. Esther has already organised nine of these dinners with a tenth presently on the agenda. These CSR dinners inspired our Samen voor colleagues in Maastricht, Veenendaal and de Bilt to mirror the process. We are also currently in talks with Budapest.

The Samen voor Province of Utrecht week
The Province of Utrecht and Alianza together organised the ‘Samen voor the Province of Utrecht’ week. Province of Utrecht employees were encouraged during this week to contribute up to a maximum of one whole day of their time towards a social project. The scheme was instigated to promote internal collaboration among employees whilst calibrating their external orientation. At the same time it turned their individual contribution towards social commitment into one carried by the organisation as a whole. The week offered the provincial employees an excellent opportunity to give something to a project close to their hearts.


“This was the second occasion. And again it was wonderful to work with Esther in the 'Goede Zaken' workshop. This workshop helped me as a local intermediary to prepare social organisations for their presence at the 'trade fair', where social organisations can link their needs with companies. I received numerous positive reactions about the workshops from participants. As a result, many have refined their demands, as well as what they have to offer by way of return. This makes them a lot more focused and effective in establishing matches at the trade fair. I would recommend Esther to anyone; she's an enthusiastic, motivated, experienced and professional trainer!” 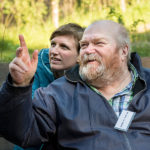 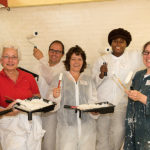 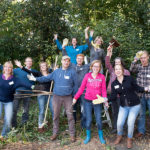 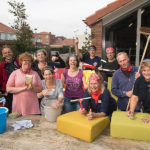 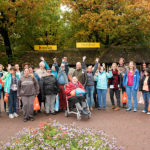 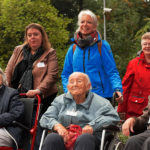